This is how to make sure your new design has 150 dpi image resolution.

When you create a new image a dialog box will open which asks you to define the image size, resolution and desired color space. All images printed with stoff'n need to have 150 dpi. Dpi stands for "dots per inch" and defines how sharp and precise your image will look. If it were a mosic, we would be defining how many tiles we can use to make the image. The more tiles we have in a given image, the clearer the image will appear. In Photoshop the dialog for these settings looks like this:

If you have an existing image that you want to print, such as a scanned artwork or digital photo then that image already has a certain dpi. This can be easily changed in Photoshop, but it is important to do it correctly. You can access the image size dialog from the Image tab on the main menu or by using the key combination Alt + Crtl + I. 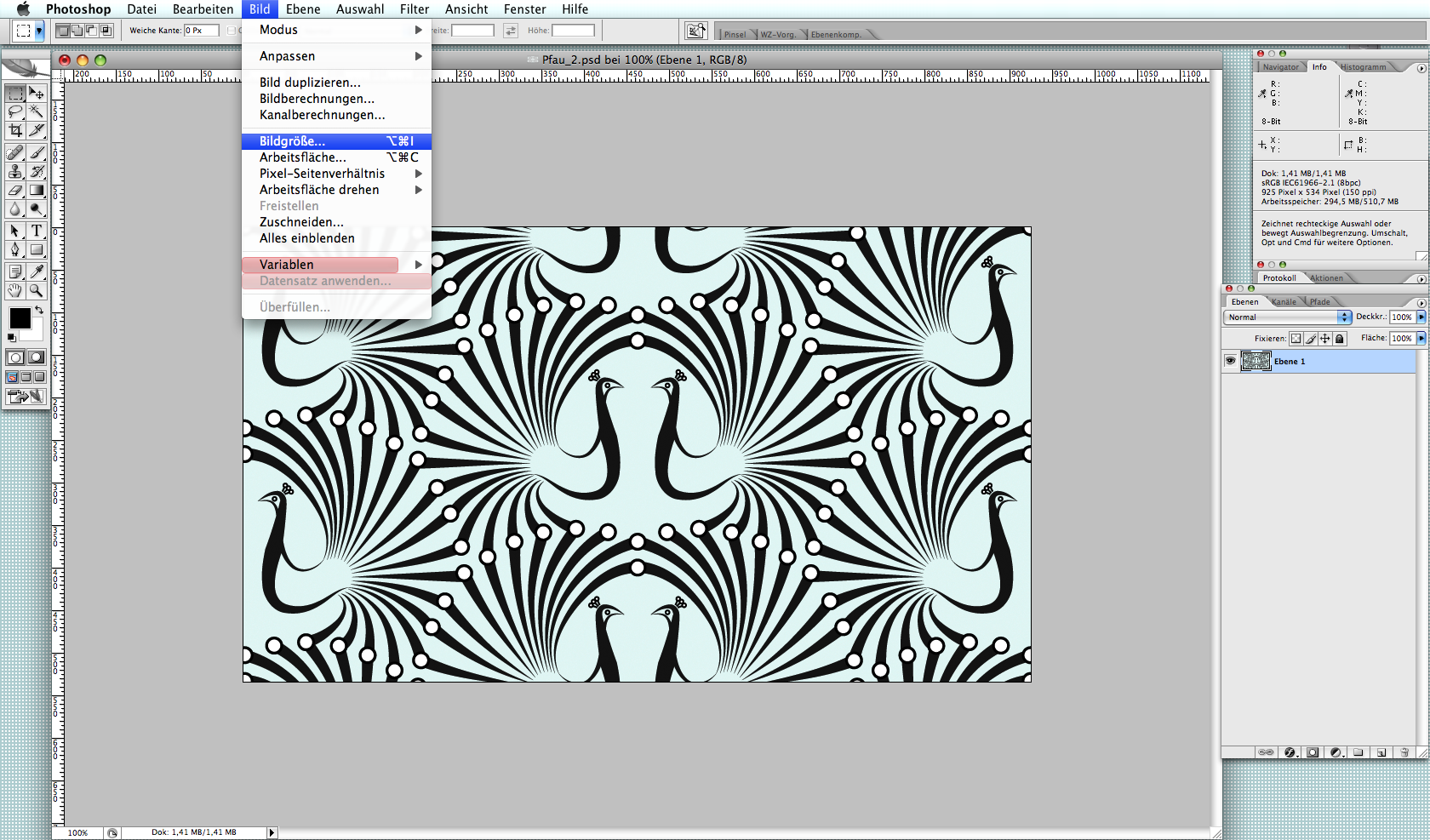 This will open a dialog in which you can enter the desired image size as well as define the 150dpi that is needed for printing.

What if your original image has fewer dots per inch than you need?

For a high-quality print it is important to deselect the "Resample Image "check box at the bottom of the dialog. Lets use this image of the peacock as an example of what happens if we don't. The original image has 72dpi, (which is the same dpi as most computer screens, but much lower than we need for our printer) and measures 2,75 x 4,48cm. If we increase the resolution to 150dpi and leave "Resample Image" selected then we see, in the close-up on the right, that there are 4x more pixels than in the original but the computer is not so clever; it has simply filled these new pixels with the same color that was there before leaving it rough looking rather than adding quality and detail. In reality you probably won't see a difference on the screen, but you will notice it in the final print.

If we deselect "Resample Image" we will see that our image scales itself to fit the 150dpi setting, as if we are creating the same mosaic from smaller tiles, to keep the image looking crisp and clear :)

You can set the resolution (dpi) and the image size independently of each other, but keep in mind that keeping a low resolution image its original size will give it a rougher appearance when printed.